The Buzz about Burke, VA

Have you heard the buzz about Burke?  That would be Burke, Virginia!  Burke is a popular place to live if you are stationed in the Washington, D.C. area. The Pentagon, Navy Yard, Capitol Hill, The White House, Fort Belvoir, Fort Meyers, and Crystal City are all easy commutes from Burke.

When we were house hunting in NoVA (Northern Virginia) as we prepared to PCS to the area for my husband's upcoming tour at The Pentagon, Burke was one of the places that was at the top of our list.  We really liked the Burke area.  We couldn't find a rental house in Burke during the timeframe that we were looking to move so we ended up living in Alexandria, which we love but that is for another post!  I'd like to also mention that any neighborhood that is difficult to find a rental house in is usually worth looking into farther and fighting to find a house in that area.  If it is competitive to get into a neighborhood then the neighborhood is worth living in.

Back to Burke, Va Most people I know that live in Burke live in The Burke Conservancy.

The Burke Conservancy is made up of 5 neighborhoods:

There are approximately 15,000 people that live here in just under 6,000 homes. This is a big place! 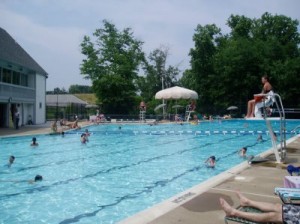 One of the things that I loved about The Burke Conservancy was that it had 5 community pools.  If you have a pool membership you can use any of these 5 pools.  The community boasts two swim teams.  There are also community playgrounds, walking trails, ponds, a lake, tennis courts basketball courts, and an annual community festival that lasts 5 days!  Burke Centre Library part of the Fairfax County Public Library system is located here.  All schools are top rated Fairfax County Public Schools. Other neighborhoods surrounding the Burke Conservancy also have the option to be a part of the pool association for a slightly higher pool membership fee.

Burke's closest Metro stop is the end of the Blue Metro line, the Franconia Springfield Metro station.  Pentagon Metro buses run throughout the Burke neighborhoods, pick up commuters, and head straight to the Pentagon making for an easy commute.  Parking is available at the Franconia Springfield Metro station for commuters who would like to park at the station and take the metro directly into the Pentagon or other parts of the Washington DC area.  Metro buses are also available for commuters to bus to the Metro station and then take the Metro into work.

Check out The Burke Patch.  A newsletter with updates online about the neighborhood and its events.

When PCSing to the Washington, D.C. area don't forget to check out Burke, Virginia!

Read about more neighborhoods in the DC area here:

Read neighborhood and school reviews in the DC area

Find fun things to do in the DC Area.

Burke, VA is a great place to live when stationed at DC but also check out the 5 best neighborhoods in the Alexandria. 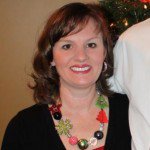 Jill Hanson is a US Navy wife, mother of 3 children, custom cake & cupcake maker, and now a Military Town Advisor blog writer. My husband and I have been married for almost 15 years. Our family has been stationed at Naval Station Mayport, Naval Air Station Pensacola, Naval Station Norfolk, and The Pentagon.