North vs South Arlington in Virginia

PCSing to the DC area can be very difficult. There are so many places to live and you usually don't have much time once you get there for house hunting leave, so it's best to do your research online before hand.

Starting with the most expensive neighborhoods to the more affordable in North Arlington:

If you're you're willing to spend a bit more, I'd say look at Lyon Park (near Clarendon Metro), Yorktown,Williamsburg, Maywood, Cherrydale. You might find a fixer upper, but unfortunately many of the smaller homes are tear-down properties and require a lot of money.

Food in North vs South Arlington

You won't go hungry in Arlington. Arlington has over a thousand restaurants to fit every budget and taste. Arlington's diverse, well educated population has led to a plethora of ethnic restaurants. The Clarendon neighborhood probably has the largest concentration of restaurants. Within a few blocks of the metro station you can find all types of restaurants -- from hole in the wall establishments to pubs to casual dining restaurants. For a slightly less crowded area, try the Shirlington neighborhood, which has about two dozen restaurants ranging from Thai to contemporary American. Note that Shirlington is not served by a Metro rail line. Crystal City has many fine restaurants for every budget. Some choices include Hamburger Hamlet, Bailey's, and Tapas. Make sure to venture west of Jefferson Davis Avenue on 23rd street to get a few smaller but equally as good choices. Some shopping malls, such as The Underground, also have full-service restaurants, as well as food courts. (Source: http://wikitravel.org/en/Arlington_(Virginia))

The public schools are better in North Arlington in terms of test scores. All schools regardless of location (unless its a focus/magnet school) all offer the same courses and curriculum. One exception: Barcroft Elementary is a very good South Arlington neighborhood school, but it's also the county's only year-round elementary school.
When searching for military homes for rent or sale, Read neighborhood reviews for the DC area and view Arlington school ratings first, before making a decision. Want to learn about other school systems in Northern Virginia (NOVA) Area? Read about Fairfax County School System and which towns align to it. Opinion of a military spouse on living in South Arlington

Find things to do in the DC area.

Download our PCS Guide to DC, MD, and NOVA 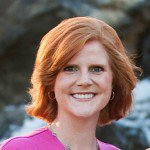 Cameron is the founder of MilitaryTownAdvisor.com. She realized after a tough PCS there needed to be a place where military families can leave insider information for other military families. That's when she created the site: a place for military families to leave reviews about neighborhoods, areas of town, recommend real estate agents, things to do, local businesses and more. Follow her on Facebook or Tweet her @MilTownAdvisor